The grey scale scenario of Indian employment since the post-liberalization period project the slow and sluggish black lining of the Indian economic development. The uneven growth across the different sector over this period made a huge impact on the Indian employment sector and stagnated the growth of economic development. The slow growth rate in the agricultural and industrial sector since the post-liberalization hit the economic development of India. During this period the large population of India depends mainly on the service sector to sort out the problem of Indian employment. The stressing on the service sector made India currently the export hub of software services. Foreign Investment and trade have played a marginal role in the contribution of the employment and have a slender portion in the economic expansion.

On the other hand, the classification of Indian Corporate sector can be done on the basis of the Government sector and Private Sector. During the post-liberalization period, there were government holdings in the heavy and capital intensive industries which act as a pivotal role in the development of the employment in India. But with the passing on of time, the government sector mostly become dead or sick companies which led the government to sell most of their holdings to the private sector. This add worries to the rising problem of unemployment and most of the people remain only with the choice of opting for the private sector. The private sector mainly predominates or deal with those industries that cater to the consumer market. The private sector also enjoys certain benefits over the government sector which drive them to effectively cover a large area of the market but as it is run by a single owner or a partnership firm the economic distribution remains concentrated in the hands of few. 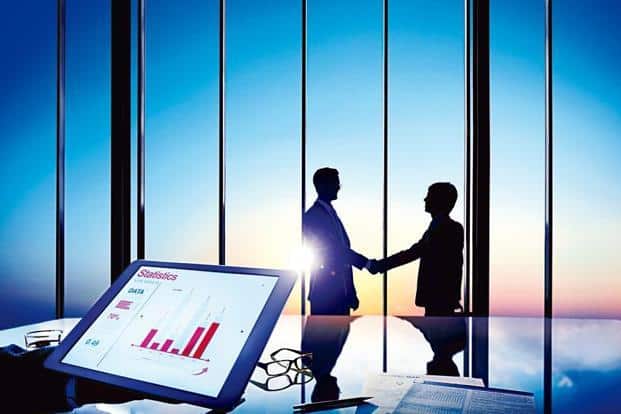 India before getting into post-liberalization period mainly depends upon the agricultural sector. The post-liberalization period witnessed a sudden contraction in the agricultural sector due to the expansion in the industrial and service sector. The slow and sluggish growth rate of the Industrial sector led the people to deviate towards the service sector. The service sector becomes the major contributor to India’s GDP and also attracted significant foreign investment flow. It also contributes significantly to export and provides large scale employment. India’s service sector covers a wide variety of activities such as transport, storage and communication, hotel and restaurants, trade, financing, real estate, insurance, personal service business service and service related to construction. The service sector contributed 57.12% of India’s gross value added in 18-19. The service sector accounts for around 55% share in the US$ 185-190 billion global sourcing market in 2017. It has also become a destination for medical tourism which led to the availability of quality healthcare service at a cheaper rate. The smooth running of the service sector led some of the major companies to invest in the travel and tourism sector, medical sector and software sector.

The government of India has taken different initiative based on the growth of the service sector which includes identifying different service sectors and formulating a plan that led to the growth of the different heads under the service sector. This easied the flow of foreign investment and the incentives on different government plan helps this sector to grow. But despite this glories and achievement the problem of unemployment could not be tackled with the changing time. Due to the large availability of the human resource in India, the labor cost becomes cheap. Despite being highly qualified most of the people in the job sector did not get a proper job. The lack of proper manufacturing unit and the sluggish rate of industrialization led to an increase in the problem of unemployment. In the industrial front, the people in India heavily depends on the small scale and medium scale industries to make their living. There are very few large scales or heavy industries like the textile industry to resolve such a vast problem. In the heavy industries sector, the government also failed to draw the attention of the foreign investors for which the market remain concentrated to the few. Moreover due to the lack of Mnc in the industrial sector the people of India were not accustomed to the new technologies or their usages. The lack of technological idea made most of the people inefficient despite having proper subject knowledge.

The infusion of dynamic ideas is working a wonder at the current moment which pertains mainly to the digital sector. The government’s positive approach towards digital India gives its people a unique dimension which could better be defined as an extension of the service sector. Under the approach of digital India, people are coming up with new startups that could give them a technological edge to compete with the other developed nation of the world. The only shadows that are been looming around this new initiative are the factor of consumption. India has become a developing market and a potential place of investment for global companies on the basis that India is a consumption-based market. This is one of the significant factors which has to turn out promising for the investors but played spoilsport for employment in India. As the market is grown based on the factor of consumption it means that a certain amount of money circulates within a particular market and end up being going to the foreign investor or to a particular company. But as there is no major production, to sum up with the level of consumption the market dried up fast even before the investment could even make an impact. These made a few entrepreneurs and industrialist go rich but a major portion of the mass people remain unemployed which led to the unequal distribution of wealth.

The employment pattern has also changed in rural India in the last few decades. The shifting of a large number of people from rural areas to urban area led to the contraction in the agricultural sector. The perception of people to live a better lifestyle make the alternative areas growing overpopulated. Therefore the government has taken some initiatives like The Mahatma Gandhi National Rural Employment Guarantee Act Program. This was introduced in mid-2000 with a scheme of providing 100 days of employment to each rural household. But the lack of proper implementation makes this program ineffective to solve the problem of unemployment.

The change of working environment with new startups concept have created a positive impact on the problem of unemployment. Digital India is also contributing to counter this problem. Though the problem of unemployment is lingering for a long time despite the changing landscape in the corporate sector the main thing lies in the ineffectiveness of proper plans and policies of the government. The five years plan has come up with promising aspect from time to time but with the fundamentals being lacking the blueprint remain effective only to count in pen and paper. India as a market for job sector has developed highly over the years. With the global players around it gives today’s employees the option of choosing their career with a wide range of option. But with stagnant growth in the overall job sector and concentrated wealth in the hands of few makes the job market not just challenging but hard. This makes the employment pay scale cheap which makes a major portion of the workforce to jostled for space due to the availability of cheap labor. The only hope for resolving the problem of unemployment remains to be seen with the current initiatives of the government. The conversion of the service sector into new startups can pave a new way of growing on with the development of employment in India. The government also needs to focus on developing the Industrial sector which is a possible solution to unemployment in India. In the long run, India can become a developed country only if it manages to utilize its skilled employee into an effective workforce which will help to build a better nation. It will not only create new opportunities and market for employees but also give its people the skill to compete in the global market.

The journey, whether personal, professional or organizational can be exhilarating and exciting, can be frustrating and demoralizing and at times can be scary and terrifying ... but one need to move ahead. We, at Dishari, would be always with you to make your journey an experience of life time and help you unleash your true potential.